The Impact of Camera Angle Selection on 3D Exterior Renders

Just like in building a house – there are a number of elements that serve as fundamental principles to the structure – when it comes to 3D imagery, the major key fundamental element is the Camera angle of the 3D render.

With the wrong angle, the likelihood of the image being effective at drawing the right emotion from your purchasers is going to be considerably reduced, as the image will just not look right. Whether it’s the ability to communicate the spaciousness of the interior living area or the architectural beauty in exterior finishes – there are a number of decisions we go through in order to arrive at which apartment would be best to show off those interior spaces, or which exterior angle should be utilised to showcase the finishes in the best light.

Once the camera angle has been selected though, we’re on the home stretch and the myriad of different settings in our technology – such as variations from lighting setups with the position of the sun, through to how glossy certain materials should appear – play a much smaller role in the overall quality of the image.

To illustrate this, here is a case study from a recent project which was a future landmark high-rise apartment tower in Frankston, Victoria. The client wanted a highly emotive image to be used in both online and print campaigns – but more importantly as a billboard on the actual property to showcase what some of the best benefits of living in the development would be.

And the number one key advantage of this project was that the views from the apartments would never be built out. The elegant curved shape of the development also ensured that maximum apartments would get sea views – a fact that would make a big difference to the project’s desirability to buyers.

As the shape of the apartment block was quite complex – the initial thought process started from selecting which background was going to be used in the 3D photo montage as that was going to be a key feature in the 3D render. 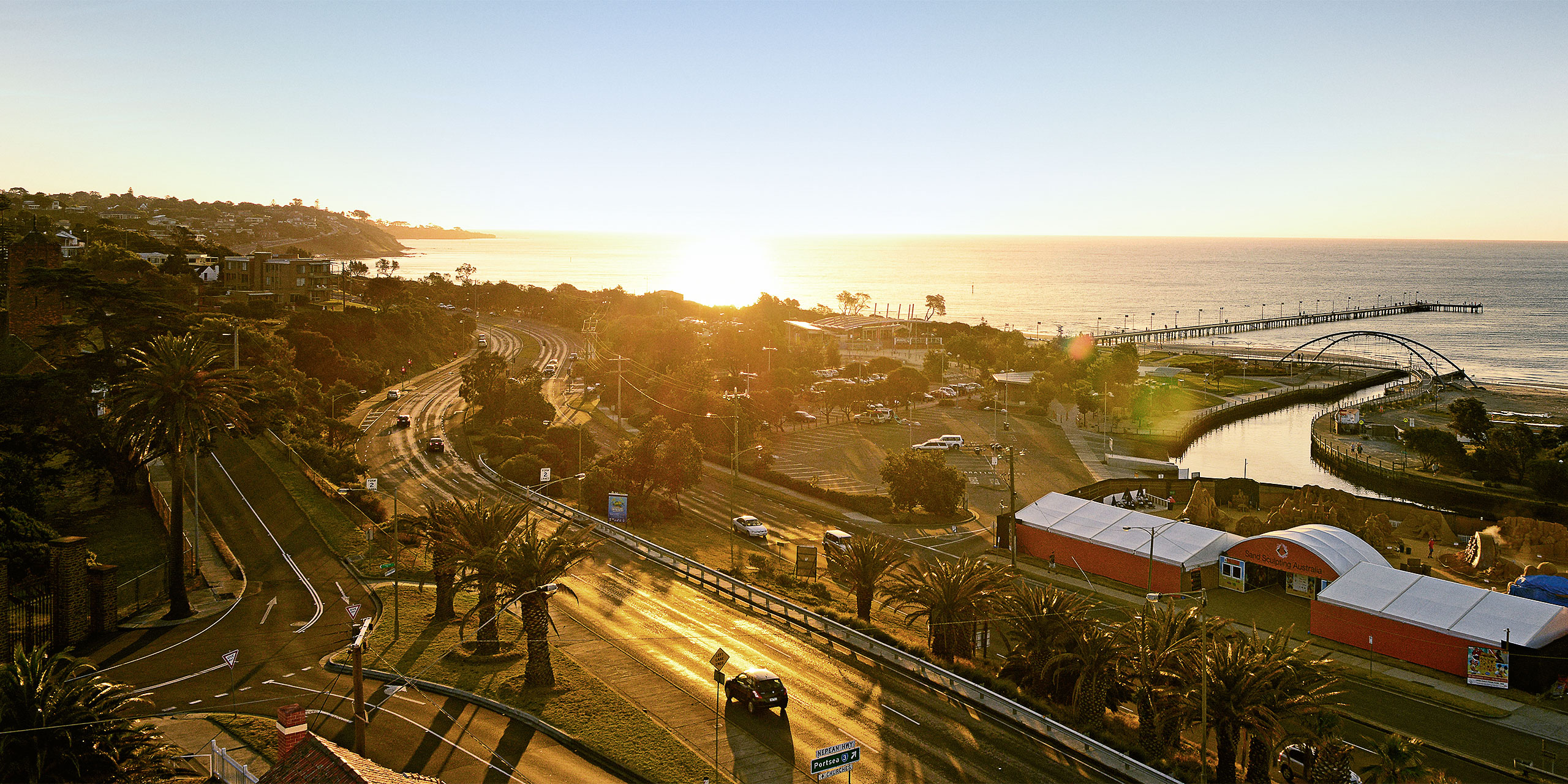 As you can see, the image of the sun setting over the water is quite spectacular and without much deliberation, the decision was made to use this photo in the montage of the project.

To communicate how the image would look, we made a rough mock-up for the client as in our industry – images really do speak a thousand words. And although the perspective was incorrect, the idea was quickly accepted and we progressed to further develop the image.

The next level of decision making was down to which element within the building do we highlight – is it an expansive balcony terrace, is it a curvy view of the building facade or is there a way to combine all the elements and as our image is an artist impression of what the project could look like – and showcase the project in a highly emotive fashion? 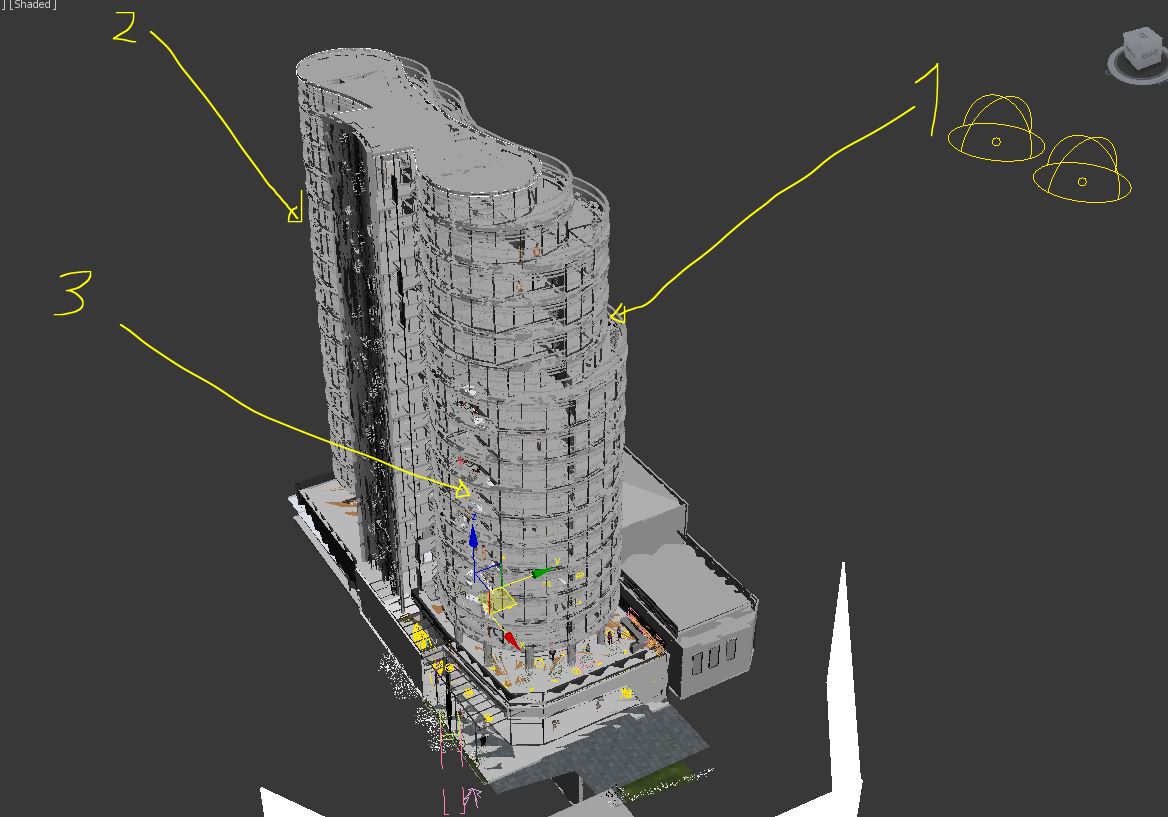 As the sunset view would be seen from most vantage points around the building, three key positions were determined to be optimal to showcase and, from those, further mock-ups with more correct perspectives were chosen for further development to the camera angle – or, as we call it, “clay render” of the camera angle.

Overall, from the 3D diagram above – Point 1 was selected, as it seemed to provide the most interesting perspective of the montage. Points 2 and 3 would have been much more standard, and would not potentially show enough of the building in the context of the photo.

Once the building was montaged into the photo though, everything fell into place. The curvaceous design of the building aligned perfectly with the natural curve of the coastline and our clients were absolutely enthralled with the result. 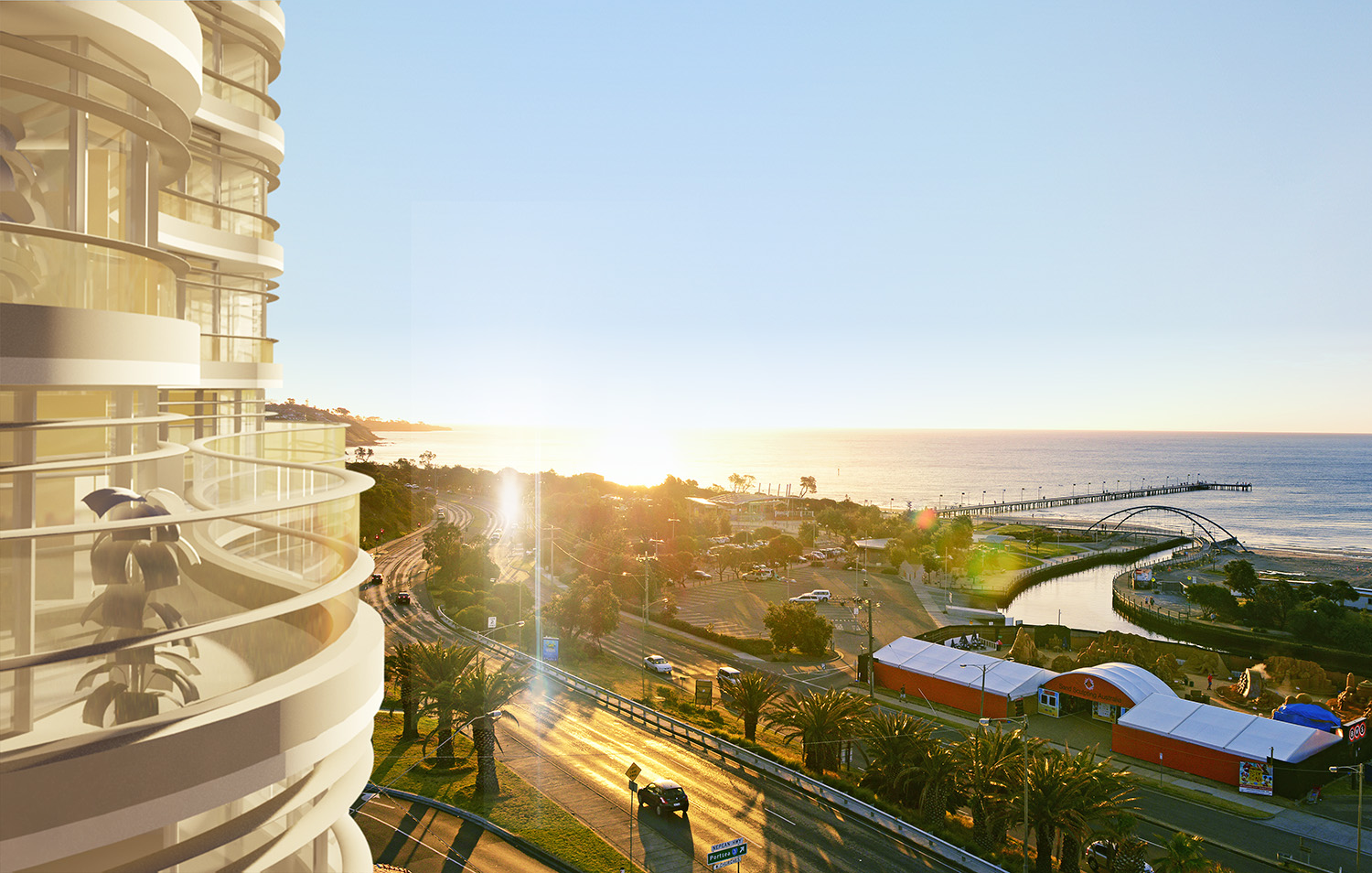 To complete the render, it was a matter of ensuring lighting in the 3D space was accurate, as well as ensuring the building material selections were represented accurately to complement the natural beauty of the photo. 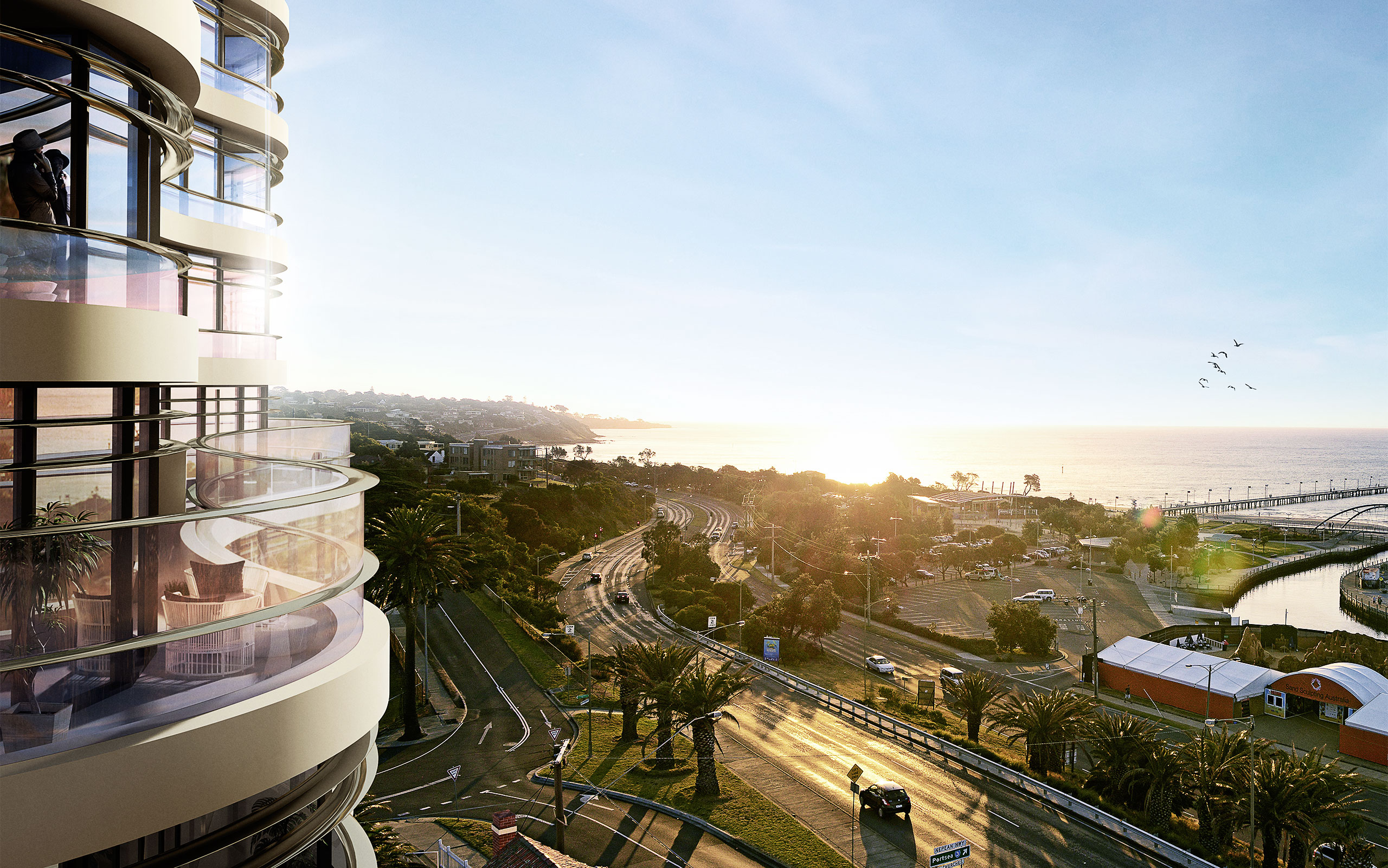 To summarise, creating beautiful 3D visualisations requires not only technical brilliance in representing real conditions, but also some key strategic decisions to be made on the first fundamental step of camera angle selection.

In a future article, we’ll go through camera angle selection for interior spaces, as considerations of light and shadow become that much more important in smaller spaces.

To your development success.